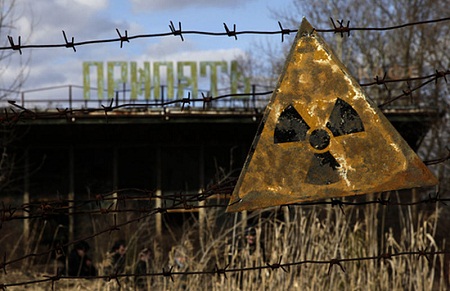 On April 26, 1986, the world’s worst nuclear accident to date occurs at the Chernobyl nuclear plant near Kiev in Ukraine.
The Chernobyl station was situated at the settlement of Pripyat, about 65 miles north of Kiev in the Ukraine. Built in the late 1970s on the banks of the Pripyat River, Chernobyl had four reactors, each capable of producing 1,000 megawatts of electric power. On the evening of April 25, 1986, a group of engineers began an electrical-engineering experiment on the Number 4 reactor. The engineers, who had little knowledge of reactor physics, wanted to see if the reactor’s turbine could run emergency water pumps on inertial power.
Big Mistake!

The engineers has also disconnected the reactor’s emergency safety systems and its power-regulating system, for… some reason.
In case that wasn’t enough they ran the reactor at a power level so low that the reaction became unstable, and then removed too many of the reactor’s control rods in an attempt to power it up again.
The engineers obviously thought that they were doing great and they continued with their experiment by shutting down the turbine engine to see if its inertial spinning would power the reactor’s water pumps. In fact, it did not adequately power the water pumps, and without cooling water the power level in the reactor surged.
To prevent meltdown, the operators reinserted all the 200-some control rods into the reactor at once. The control rods were meant to reduce the reaction, but surprisingly, they had a flaw! They had graphite tips.
So, before the control rod’s five meters of absorbent material could penetrate the core, 200 graphite tips simultaneously entered, thus facilitating the reaction and causing an explosion that blew off the heavy steel and concrete lid of the reactor. It was not a nuclear explosion, as nuclear power plants are incapable of producing such a reaction, but was chemical, driven by the ignition of gases and steam that were generated by the runaway reaction. In the explosion and ensuing fire, more than 50 tons of radioactive material was released into the atmosphere, where it was carried by air currents, all around Europe.

Here is a very interesting video showing how the Chernobyl area is today.

And now some math about this matter. 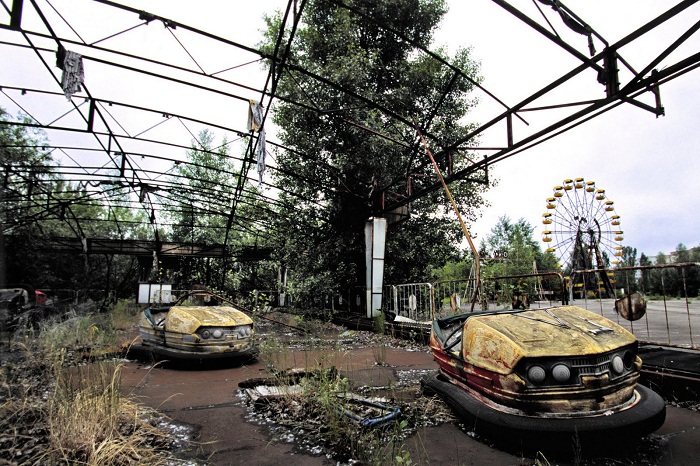 Please, remember to follow our social media pages, by hitting the buttons below and watch the fxSolver video as well!