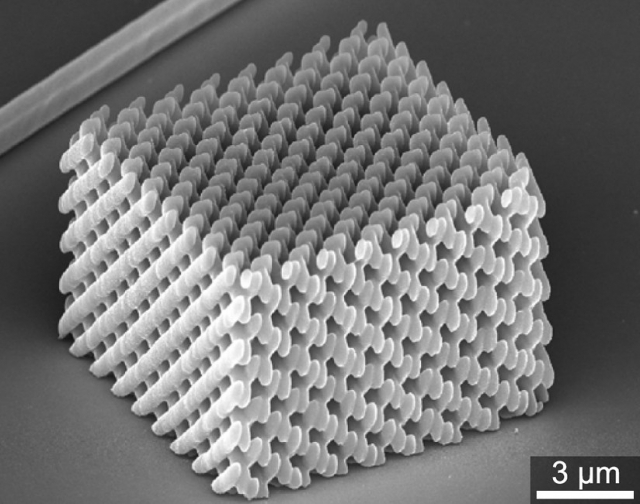 Scientists in the University of Pensilvania have produced a material containing opal-like polymer crystals that produce different colors according to how hard they are hit.
They hope in future the crystals will be incorporated into head gear that provides an immediate indication of trauma after a violent impact.
The new technology is aimed at making the helmet an indicator that can give paramedics and doctors an idea of the damage suffered before the victim has any symptoms.
US researcher Dr Shu Yang, from the University of Pennsylvania, said: “There is no easy way to tell if someone has just sustained a brain injury, so soldiers and athletes may unknowingly continue to do the very activity that caused the damage and potentially cause more harm. But a force-responsive, color-changing patch could prevent additional injury.”
The technology is based on Photonic Crystals. A photonic crystal is a periodic optical nanostructure that affects the motion of photons in much the same way that ionic lattices affect electrons in solids. Photonic crystals occur in nature in the form of structural coloration—and, in different forms, promise to be useful in a range of applications.
Photonic crystals can, in principle, find uses wherever light must be manipulated. Existing applications include thin-film optics with coatings for lenses. Two-dimensional photonic-crystal fibers are used in nonlinear devices and to guide exotic wavelengths. Three-dimensional crystals may one day be used in optical computers.
These crystals are related to the photon, which is is an elementary particle, the quantum of light and all other forms of electromagnetic radiation. It is the force carrier for the electromagnetic force, even when static via virtual photons. A photon is massless, has no electric charge, and is stable.

The energy of a Photon (in Joules) is given by this formula, where h is Planck constant, c is the Speed of light and λ the wavelength (m).
The photon also carries spin angular momentum that does not depend on its frequency.

Now go and try using fxSolver, with the energy of a Photon formula in our database.
Also, remember to follow our social media pages, by hitting the buttons below and watch the fxSolver video as well!