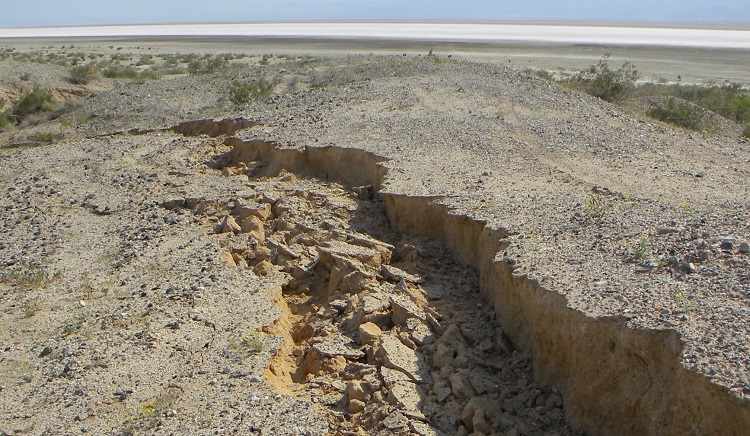 In the last few posts we saw what our predecessors were thinking about earthquakes. From buried Titans shaking the earth while moving, to excessive drought that made ground to rupture. In other theories, air was blamed for earthquakes as long as animals.
Apart from these ancient and slightly funny theories, people believed that that ruptures of the surface (faults) were the result of strong ground shaking.

In 1906, an American geophysicist called Harry Fielding Reid examined the the displacement of the ground surface around the San Andreas Fault after the great San Francisco earthquake. That earthquake is one of the deadliest natural disasters in the history of USA. About 3,000 people died and over 80% of the city of San Francisco was destroyed by that earthquake which had an estimated “moment magnitude” of 7.8.

Reid after observing the fault, he concluded that the earthquake must have been the result of the elastic rebound of previously stored elastic strain energy in the rocks on either side of the fault. That generated the “elastic rebound” theory, the first theory that explains earthquakes well enough. As rocks on opposite sides of a fault are subjected to force and shift, they accumulate energy and slowly deform until their internal strength is exceeded. At that time, a sudden movement occurs along the fault, releasing the accumulated energy, and the rocks snap back to their original undeformed shape.
The Richter scale, which we mentioned in our last post, couldnt measure and characterize some classes of earthquakes. To solve this problem, Beno Gutenberg expanded Richter’s work to consider earthquakes detected at distant locations.