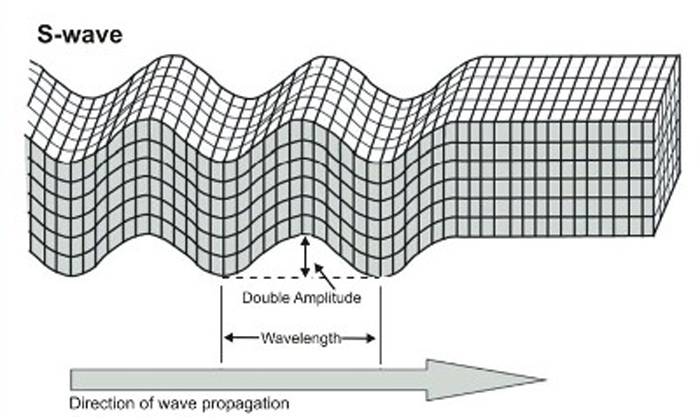 In our last post, we described P Waves, their formula, and Thale’s of Miletus theory of earthquake generation.

Today we are going to discuss the theories of two other famous “ancient” fellas. Anaximenes and Democritus. Anaximenes, was an Ancient Greek Pre-Socratic philosopher active in the latter half of the 6th century BC. One of the three Milesianphilosophers, he is identified as a younger friend or student of Anaximander (Yah! Anaxi-mander. He has no known connection to Char-mander and he didn’t evolve to AnaxiZard). Anaximenes, like others in his school of thought, practiced material monism. This tendency to identify one specific underlying reality made up of a material thing is what he is principally known for today.

According to Anaximenes of Miletus, earthquakes were the result either of lack of moisture, which causes the earth to break apart because of how parched it is, or of superabundance of water, which also causes cracks in the earth. In either case the earth becomes weakened by its cracks, so that hills collapse and cause earthquakes. A similar theory was adopted by Democritus a bit later. Democritus was an influential Ancient Greek pre-Socratic philosopher primarily remembered today for his formulation of an atomic theory of the universe. He also had an earthquake theory. He says that the earth is full of water and that when a quantity of rain-water is added to this an earthquake is the result. The hollows in the earth being unable to admit the excess of water it forces its way in and so causes an earthquake. Or again, the earth as it dries draws the water from the fuller to the emptier parts, and the inrush of the water as it changes its place causes the earthquake.


These theories might sound silly these days, but for people who were recently introduced to an unproven theory that the earth is not flat, but spherical, are pretty awesome.
In present day’s science now, apart from P Waves, we have the S Waves.
S-waves, secondary waves, or shear waves (sometimes called an elastic S-wave) are a type of elastic wave, and are one of the two main types of elastic body waves, so named because they move through the body of an object, unlike surface waves.
The S-waves moves as a shear or transverse wave, so motion is perpendicular to the direction of wave propagation. The wave moves through elastic media, and the main restoring force comes from shear effects.

Its name, S for secondary, comes from the fact that it is the second direct arrival on an earthquake seismogram, after the compressional primary wave, or P-wave, because S-waves travel slower in rock. Unlike the P-wave, the S-wave cannot travel through the molten outer core of the Earth, and this causes a shadow zone for S-waves opposite to where they originate. They can still appear in the solid inner core: when a P-wave strikes the boundary of molten and solid cores, S-waves will then propagate in the solid medium. And when the S-waves hit the boundary again they will in turn create P-waves. This property allows seismologists to determine the nature of the inner core.
The velocity of S-waves is given by the equation on the left. Where Us is obviously the S Wave velocity in m/s, G the shear modulus of the elastic material in pascals, and ρ is density in kg/m 3.

Go ahead, check this S-wave velocity equation and search whatever else you want to solve. You will find some help in our fxSolver video.
Also remember to follow or interact with us in our social media pages. You will find links below.