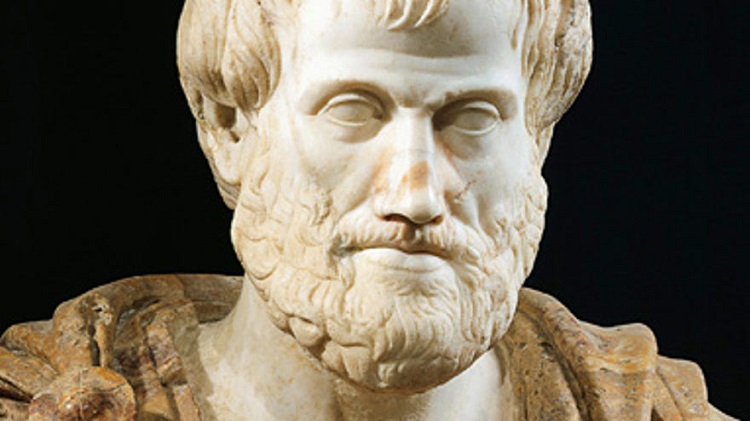 In our last two posts we mentioned some Ancient-Greek theories about earthquake generation. Thales’ was first and then Democritus’ and Anaximenes’.
A few years later, Aristotle after studying these earthquake theories, disagreed and made his own.

We could sum up his theory in this sentence: “When a very large amount of wind gets built up inside the Earth, it must burst forth. When it does, it causes earthquakes.”

He jumped to that conclusion more or less this way:

We have three elements participating in an earthquake.
Earth, Water and Air.
Earth is just there.
Water comes and goes depending on rain and temperature.
Air is produced when the water inside the earth is evaporating.
Which of them has the greatest motive force?
It will be certainly the body that naturally moves farthest and it is most violent.
And this is Air (in the form of Wind).
So, Air (Happy Birthday Michael Jordan!) is what makes the earth shake.

Today’s equation is the Seismic Moment one.
The seismic moment is a measure of the size of an earthquake based on the area of fault rupture, the average amount of slip, and the force that was required to overcome the friction sticking the rocks together that were offset by faulting.

The equation that describes that is the one on the left, where Mo is the Seismic moment in N*m, μ is the shear modulus of the rocks involved in the earthquake (Pa), D the average displacement on area (m), and A the area of the rupture along the geologic fault where the earthquake occurred (m 2).

Go ahead, check this Seismic Moment Formula and search whatever else you want to solve. You will find some help in our fxSolver video.
Also remember to follow or interact with us in our social media pages. You will find links below.