Disruptive Innovation in the field of math equations...the vision of fxSolver 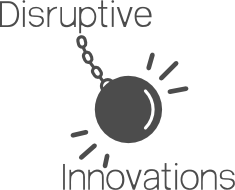 Disruptive innovations have always existed and are still very much alive. They transform an established model and form a new “way of doing things” in a very short time. IT-related disruptive innovations not only have a rapid development but they also tend to feed off each other.

One of the most renowned disruptive innovations was the development of Wikipedia. The free encyclopedia based on the community contribution principle (i.e. Web 2.0) took the publishing world by storm and forced established, traditional publishers out of business. It offered practically everyone access to a previously unimaginable wealth of information. Furthermore, after a certain point in time it also showed the world that a community-based encyclopedia can be quite accurate and unbiased (even though there are a few exceptions).

One of the most developed fields on Wikipedia is that of math and sciences. The articles in these fields are quite comprehensive and the authors strive for perfection. A vast amount of mathematical equations are listed and explained in these articles. Exactly that facet of Wikipedia’s offering was the inspiration for fxSolver. The idea that sprang into each of our the heads (the creators of fxSolver) was simple and started with the question: “How would someone who finds equations and math formulas on Wikipedia be able to solve them?” We thought about our own experiences and realized that people have 3 major ways of solving such math-related problems. These are: the use of a programming language, the use of spreadsheet software or the use of pen, paper and pocket calculator.

What if a web application would be able to solve all the equations and math formulas found on Wikipedia? What if that web application could also combine several of those formulas into worksheets and thus allow the user to solve entire systems of problems? These two basic visions set the foundation for fxSolver. The aim to augment Wikipedia with equation-solving capability was the core idea that started it all.

Development began, slowly at first and faster at times and the concept became more and more concrete in our heads. However another, truly disruptive idea was being born. What if we could re-think one of the most fundamental tools in the history of knowledge and education? What if we could change the way people use books?!!

Books have been the source of knowledge for many centuries and they have always been a passive means of transmitting information (i.e. one-way interaction). Technical and scientific books have always been full of equations and mathematical formulas helping the reader to solve all sorts of problems. However, in their traditional form, books do not allow further interaction with the reader. If we would be able to provide equation-solving capability to the reader of a book, then the book would not be only a means of transmitting knowledge, but also a direct reference and an integral part of the equation-solving process.

The second stage of the fxSolver vision is to start integrating the math content of technical and scientific books with its database. That might sound catastrophic for traditional publishers, however we believe it is just the opposite. It is a way of keeping traditional books alive and breathing. What books are good at is the transmission of knowledge, the theory and general background of certain ideas. What fxSolver is good at is solving equations and combining them in order to solve entire real-world problems. That is the absolute synergy. A solver with all the proper references to its source books will encourage the reader to spend time educating him/herself with background theory. At the same time, the existence of an interactive equation solver coupled with the book would enable readers to appreciate the information level provided by the “enhanced” book without performing a single change to the book itself.

We dream of a day where all technical and scientific books will be registered with fxSolver. Then it will be truly possible to share mathematical knowledge, enabling practically everyone to delve into the world of equation and problem solving. We dream of a time where people will be able to solve their math problems on their own with a flexible, user-friendly and always Free-For-The-User web interface.