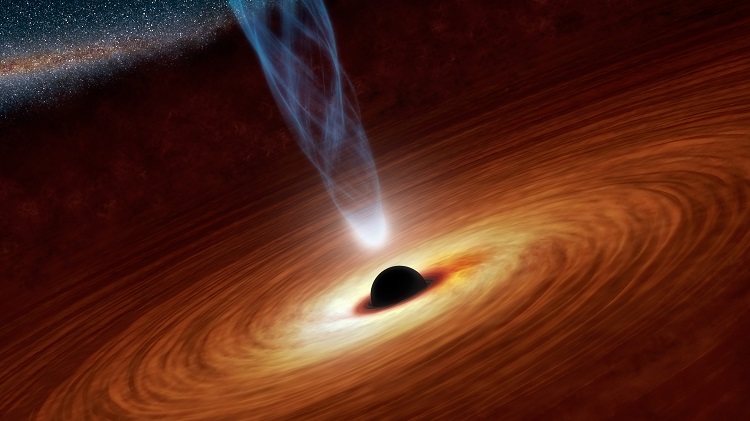 This Post includes some Minor Spoilers for the movie: Star Wars Episode VII The force Awakens.

Previously in Star Wars and Black Holes Episode I, we talked about the new Super Weapon of the Empire’s descendants, the StarKiller. It has the ability to suck entire planets, in order to destroy other… planets. In our Universe the most relevant “thing” to the StarKiller is the Black Hole.

A black hole is a geometrically defined region of spacetime exhibiting such strong gravitational effects that nothing—including particles and electromagnetic radiation such as light—can escape from inside it. The theory of general relativity predicts that a sufficiently compact mass can deform spacetime to form a black hole. The boundary of the region from which no escape is possible is called the event horizon. Although crossing the event horizon has enormous effect on the fate of the object crossing it, it appears to have no locally detectable features. In many ways a black hole acts like an ideal black body, as it reflects no light.
If you start thinking it, it gives you a headache doesn’t it? It is given by the equation on the left, where G is the Newtonian constant of gravitation, M the mass of the body in Kilograms and c is the speed of light.

While you wait for the New Year to come, you can check this equation and search whatever else you want to solve. You will find some help in our fxSolver video.
Also remember to follow or interact with us in our social media pages. You will find links below.

The fxSolver team is giving you the best wishes for a great 2016!
HAPPY NEW YEAR!