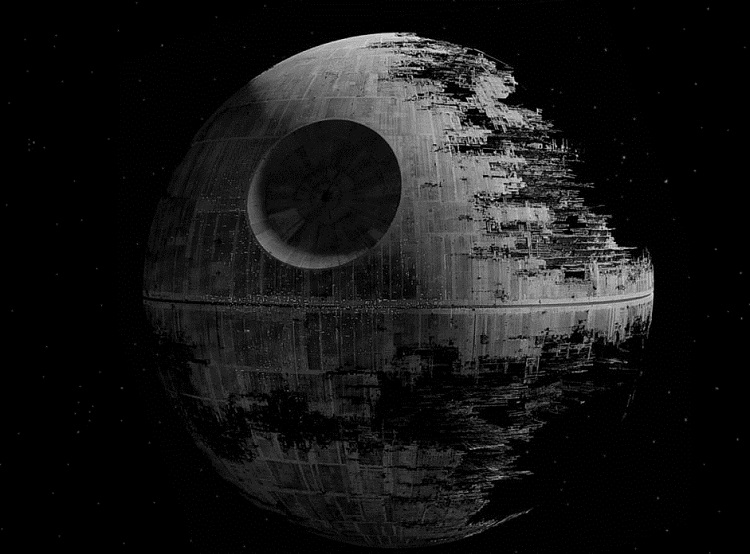 Have you watched the new Star Wars movie, “The Force Awakens”? If not, STOP READING at the end of that paragraph. Not for the minor spoilers that exist in this post, but because you should watch it ASAP!
It is not just a movie for the fans of the franchise. It is a well directed sci-fi movie with a wonderful cast (Not you Kylo Ren, you are like the son of Severus Snape with Shia LaBeouf) which everyone will like!
Well in the movie, the bad guys which are now called “The First Order” (a good name for an intergalactic Boy band as well!), are trying to conquer the Universe with the same strategy. Build a Planet Sized super weapon able to destroy entire planets with one shot! And this time in order to avoid having vents big enough for a rocket (or even a Star-Ship) to fly inside they did it on an ACTUAL PLANET!

StarKiller is a snowy planet that has been hollowed out and have become the Super Weapon First Order wants. They wanted to name it “Death Star Vol 3.0” but someone pointed out that it is not such a great idea after the conclusion of the previous ones.
How it works? It sucks in the materials of nearby stars and stores them in the planet’s core. Then, the bad guys can shoot this star stuff out of a gigantic cannon, creating a huge beam of plasma capable of eviscerating multiple planets within a system.
The technology used for this is not specified in the movie, but there is a thing that can suck entire planets! And it’s name is: “Black Hole”. We will dig deeper into black holes in our next blog post. But today we are going to see the formula that defines a black hole’s surface gravity.
The surface gravity, g, of an astronomical or other object is the gravitational acceleration experienced at its surface. The surface gravity may be thought of as the acceleration due to gravity experienced by a hypothetical test particle which is very close to the object’s surface and which, in order not to disturb the system, has negligible mass.
Black body is an idealized physical body that absorbs all incident electromagnetic radiation, regardless of frequency or angle of incidence. A black hole is a region of spacetime from which nothing escapes. Around a black hole there is a mathematically defined surface called an event horizon that marks the point of no return. It is called “black” because it absorbs all the light that hits the horizon, reflecting nothing, making it almost an ideal black body. black holes have a non-zero temperature and emit radiation with a nearly perfect black-body spectrum, ultimately evaporating. The mechanism for this emission is related to vacuum fluctuations in which a virtual pair of particles is separated by the gravity of the hole, one member being sucked into the hole, and the other being emitted. Black hole surface gravity at the horizon is depended on its mass and its Schwarzschild (gravitational) radius.

The black hole surface gravity is given by the equation on the left, where G is the newtonian constant of gravitation, M the mass of the black hole (kg) and rs is Schwarzschild (gravitational) radius (m).