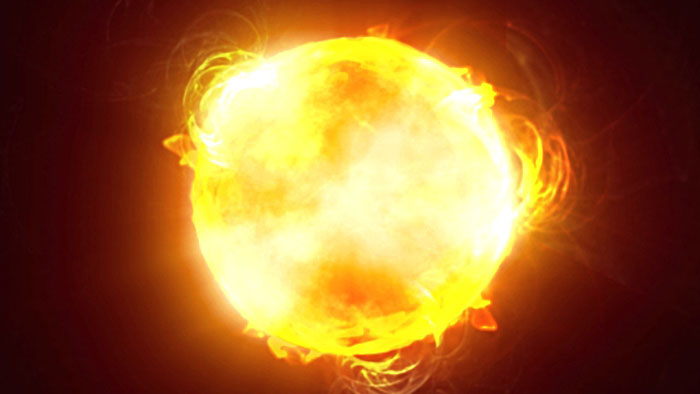 Thermodynamics! An awesome field, with many important equations. We gathered the top 10 of these formulas, just for you!

Sensible heat is heat exchanged by a body or thermodynamic system that changes the temperature, and some macroscopic variables of the body, but leaves unchanged certain other macroscopic variables, such as volume or pressure.The term is used in contrast to a latent heat, which is the amount of heat exchanged that is hidden, meaning it occurs without change of temperature. For example, during a phase change such as the melting of ice, the temperature of the system containing the ice and the liquid is constant until all ice has melted.

The terms latent and sensible are correlative. That means that they are defined as a pair, depending on which other macroscopic variables are held constant during the process.
Latent heat is the energy released or absorbed by a body or a thermodynamic system during a constant-temperature process. A typical example is a change of state of matter, meaning a phase transition such as the melting of ice or the boiling of water. A specific latent heat (L) expresses the amount of energy in the form of heat (Q) required to completely effect a phase change of a unit of mass (m), usually 1kg, of a substance as an intensive property. Intensive properties are material characteristics and are not dependent on the size or extent of the sample.

4. Thermal efficiency of a heat engine

5. Thermal energy of an ideal gas

Thermal energy is a term sometimes used to refer to the internal energy present in a system in a state of thermodynamic equilibrium by virtue of its temperature. The average translational kinetic energy possessed by free particles in a system of free particles in thermodynamic equilibrium (as measured in the frame of reference of the center of mass of that system) may also be referred to as the thermal energy per particle. The ideal gas is a gas of particles considered as point objects of perfect spherical symmetry that interact only by elastic collisions and fill a volume such that their mean free path between collisions is much larger than their diameter. The total thermal energy of a gas consisting of N atoms is given by the sum of kinetic energies of the particles , assuming no losses to the container or the environment

Enthalpy is a defined thermodynamic potential, that consists of the internal energy of the system (U) plus the product of pressure (p) and volume (V) of the system.   It includes the internal energy, which is the energy required to create a system, and the amount of energy required to make room for it by displacing its environment and establishing its volume and pressure. It also change accounts for energy transferred to the environment at constant pressure through expansion or heating.

The pressure of a gas of fixed mass and fixed volume is directly proportional to the gas’ absolute temperature. If a gas’s temperature increases, then so does its pressure if the mass and volume of the gas are held constant.
This law holds true because temperature is a measure of the average kinetic energy of a substance; as the kinetic energy of a gas increases, its particles collide with the container walls more rapidly, thereby exerting increased pressure.

Joule heating , is the process by which the passage of an electric current through a conductor releases heat. It is depending on the resistance of the conductor, the current and the time. Although, it is independent of the direction of current. Joule heating is caused by interactions between the moving particles that form the current (usually, but not always, electrons) and the atomic ions that make up the body of the conductor. Charged particles in an electric circuit are accelerated by an electric field but give up some of their kinetic energy each time they collide with an ion. The increase in the kinetic or vibrational energy of the ions manifests itself as heat and a rise in the temperature of the conductor.

Boltzmann’s equation is a probability equation relating the entropy S of an ideal gas to the quantity W, which is the number of microstates corresponding to a given macrostate.
In short, the Boltzmann formula shows the relationship between entropy and the number of ways the atoms or molecules of a thermodynamic system can be arranged.

The van der Waals equation may be considered as the ideal gas law, “improved” due to two independent reasons: Molecules are thought as particles with volume, not material points and while ideal gas molecules do not interact, we consider molecules attracting others within a distance of several molecules’ radii.